French aid worker describes his experience on the ground in Ukraine

French aid worker describes his experience on the ground in Ukraine

Trump’s Secretary of Defense dropped numerous confessions about the plotting against Venezuela in his recently released memoir.

Trump’s Secretary of Defense dropped numerous confessions about the plotting against Venezuela in his recently released memoir.

Yeah pretty much, we’ll be finding out the implications for decades to come.

There’s been an explosion in use of plastics since the 20h century resulting in stupendous amounts of plastic waste. It also takes time for plastics to get ground up into tiny particles that permeate the environment now. 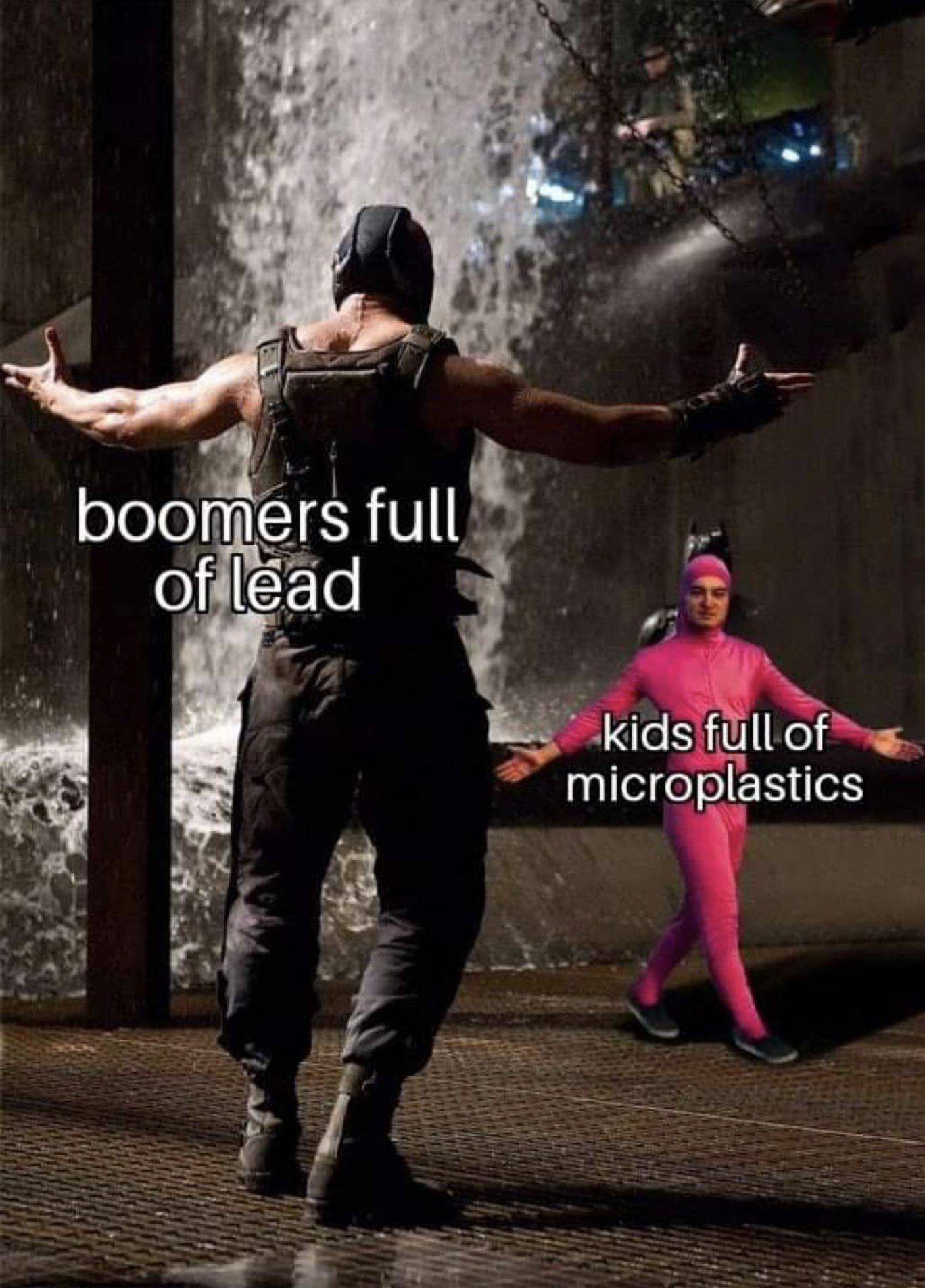 Agree with all that, it really does seem like our glorious leaders are hell bent on seeing a nuclear holocaust become reality.

I’m sure that tooling could help, but I’m just pointing out that making good documentation and keeping it up to date is a non trivial problem.

The Milky Way is probably full of dead civilizations

The Milky Way is probably full of dead civilizations

The whole scheme is clearly designed to make sure that Ukraine simply continues fighting as long as possible. As you point out the old tanks that Germany donates are lacking ammunition, as well as spare parts, and engineers needed to keep them functioning. Ukrainian troops are also not familiar with these tanks, and therefore can’t use them effectively. This is the case for pretty much all the weapons systems the west has been supplying to Ukraine.

A lot of people seem to not understand that a real war is not like a game where you just drop some weapons on the battlefield and turn the tide. Ukraine’s best chance to win was using their original equipment, if Ukrainian army failed to turn the tide of the war at its peak strength then it’s clear that it won’t be able to do that now.

The only ethical thing to do at this point is to negotiate peace and end the suffering for the people there.

It could just be that particles clump up in the lungs

What Fate Awaits Our Kids?

What Fate Awaits Our Kids?

UK secretary for defence confirms that Ukrainian army can’t effectively use western weapons because they don’t have the necessary training and experience to use them effectively.

U.K. Is Shopping for Old Soviet Military Gear to Give Ukraine

U.K. Is Shopping for Old Soviet Military Gear to Give Ukraine

The problem here is keeping comments in sync with what the code actually does. This tends to be a problem with all sorts of technical documentation like wikis and other knowledge bases. The more elaborate the comments get the higher the chance that some part of the comments doesn’t get updated when the code changes, and the only thing worse than not having comments is having misleading comments.

The Apple GPU and the Impossible Bug

The Apple GPU and the Impossible Bug

Nobody is twisting anything. I’m stating a plain fact that you lied and then deleted your comments. Now you lack the basic honesty to even acknowledge that. If you stood by anything you wrote you wouldn’t have rushed to delete it all.

Yes, you are a liar and I caught you lying repeatedly in this thread, then you went on to delete your comments after getting called out. That’s who you are.

Ah ok, I’ll just have to take the word of a known liar here. 😂

The real question is how somebody like you figured out how to use the internet in the first place. It’s like watching a squirrel do heart surgery.

We both know that you wrote utter nonsense in this thread, and I caught you lying repeatedly. You know this and I know this.

You keep calling me a troll, but you don’t even have the basic honesty to stand by what you wrote. 🤡

I absolutely love how you think you’re being clever here.

LMAO just saw you deleting your comments. I guess you finally read them while sober. 😂

Feel free to provide views from military experts who disagree. I’m trying to imagine the intellect one would need to have to think that you could get paid to troll on a tiny niche site. 🤡

I’m not pretending to be anything. This is what actual military experts say. I’m providing you views that are on the side of reality. I’m sorry reality offends you.

Hilarious how the guy who said that NATO is a defensive alliance that never invades anybody accuses others of trolling. You’ve shown yourself for the 🤡 that you are here.

You’ve consistently shown yourself to be an ignoramus and a liar, perhaps you should take your own advice.

I agree, unfortunately we’re not nearly as civilized as we’d like to imagine.

As I’ve explained, there is little reason to believe that NATO provides any added protection in practice and creates a situation where Russia has a reason to attack Finland or Sweden where previously they did not have one. If that makes you feel safer then what else is there to say.

Other European countries don’t have militaries that are in any way comparable to Russia or even to Ukraine, and article 5 does not oblige them to help militarily. The level of aid provided to Ukraine is above and beyond of what article 5 requires. Thinking that Finland would get more aid than Ukraine received is not based on any facts I’m aware of.

Russian army was never in a position to take Kiev. The fact that you think that further demonstrates how utterly ignorant you are on the subject you continue to attempt debating. Simple math shows that Russia could not take Kiev with 40k troops because that was roughly the amount of troops Ukraine had stationed in Kiev and you need three to one advantage for the attackers. Russia is clearly aware of that since they used this formula in Mariupol. What Russia did in Kiev was a fixing operation that prevented forces stationed there from reinforcing forces in the east that are currently being surrounded.

Again, I’m not looking at Russia’s interests. I’m explaining you sober reality of the situation. When Ukraine was neutral, Russia had a working relationship with Ukraine. Hostilities started after 2014 coup that was orchestrated by US. Now, Finland and Sweden are putting themselves in a similar situation. Good luck with that.

Times concedes that the Russian operation in Ukraine is inexorably gaining upper hand. Some US military analysts have begun advising Ukraine's mentors that war is lost & Kiev must sue for peace now.

Times concedes that the Russian operation in Ukraine is inexorably gaining upper hand. Some US military analysts have begun advising Ukraine's mentors that war is lost & Kiev must sue for peace now.